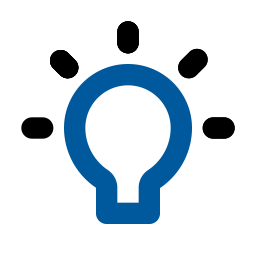 Snapcast is an open-source project that streams audio over network so it can be played synchronously, like Sonos. I recently set it up at home with some Raspberry Pis to play Spotify around my apartment. Here’s how I did it. I tried to show my work, so hopefully people can follow along (I’m no Raspberry Pi/Linux expert myself).

Here are the software projects involved:

And the hardware I used:

Librespot unfortunately doesn’t have builds available, so we need to compile it ourselves. Don’t worry though, I found this pretty straightforward to do. It’s written in Rust, which has a very streamlined build environment.

Download the latest Raspbian from the link above. For this project, you just need the simplest one (E.g. Raspbian Buster Lite).

Now you need to flash Raspbian onto the SD card. The download page has a link to a guide for this, which you can follow.

This is how I did it (though there looks to be even simpler methods available):

Insert the SD card into the reader. Download balenaEtcher from the link above. Open it and choose the Raspbian Zip file you downloaded and the SD card to flash, and start the process (Click “Flash!”).

Once the flashing is complete, you should be able to open the SD card as a drive, possibly called “boot”. Before removing the SD card, open the “boot” drive and do the following to simplify the setup process:

Note that the “boot” drive shows up the /boot/ folder on the Raspberry Pi once it boots up.

Plug in the SD card and mount the HifiBerry. If your Zero doesn’t have headers (the double row of pins for mounting the HifiBerry shield), you need to solder them on first, I used this video to guide me. If you get the “Zero Wh” variant it has the headers already soldered on.

Plug in the power and wait for the Pi to boot up, which might take some extra minutes the first time.

You can go ahead and plug in the audio cables now if you want to, though there’s a bit more to do before we have sound.

Do the following for each Raspberry Pi you set up, both clients and server.

When you have the IP address, SSH into it:

You should now run raspi-config and set a new password (for security, since SSH is enabled) and hostname (to distinguish different Pis from each other later, like when using Snapcast).

to get the latest software updates.

Exit SSH now if you haven’t:

Do the following for each client device.

Use scp (“copy over SSH”) to copy snapclient (note the colon after the IP address).

Note that you can access the C:\ drive from WSL via /mnt/c/.

Now SSH back in and install the package.

Now we need to configure snapclient a tiny bit. Modify SNAPCLIENT_OPTS in /etc/default/snapclient to add the HifiBerry as the sound device:

To edit the file in a terminal, do sudo nano <filename> (you need sudo for files in /etc/). The name “sndrpihifiberry” I found by calling aplay -l:

If you have some other setup than the HifiBerry, check aplay -l for the name of the sound card. That’s what I did to use my MG10XU as one of the clients.

Restart the client to read the new configuration.

Do the following for the server device.

SSH back in and install the packages.

To configure snapserver to use librespot, add a stream entry to /etc/snapserver.conf (fill in your Spotify user name and password):

Also remove any streams added by default (just write a # before the line to remove it).

Restart the server to read the new configuration.

At this point, the server should show up as “Snapcast” in your Spotify under “Devices available” (should be a button located close to the play bar when playing music). If you choose “Snapcast” and play a song, you should hear sound from all your clients, et voilà! There might be a short delay, and also a bit of sputtering as the sound synchronizes.

I recommend installing Snapdroid (available on Google Play) to have better control and overview over the system. It allows you to see the names of the available clients, and to tweak the individual names, volumes and latencies for each client. It also allows you to listen to the stream.

You can also install Snap.Net (get the installer from releases on Github) which does the same as Snapdroid, but on a Windows machine. I use both, Snapdroid to control from anywhere and to debug issues, Snap.Net as a client in my office.